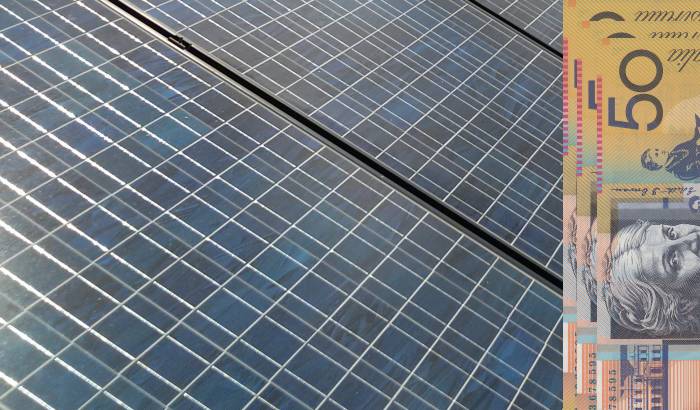 A sudden reduction in the value of certificates upon which solar subsidies in Australia are based has resulted in some solar companies needing to re-issue recent quotes.

Australia’s major subsidy for small-scale systems, sometimes referred to as the “solar rebate“, shouldn’t be confused with solar feed in tariffs – those have generally increased recently. The subsidy isn’t a rebate as such, but is usually offered as a point of sale discount that can knock thousands of dollars off the purchase price of solar panel system.

The incentive is based on Small Scale Technology Certificates (STCs) that accompany the purchase of a solar power system. The number of STCs issued depends on the size of the system and where in Australia it will be installed.

Instead of system purchasers being faced with the hassle of redeeming the value of the certificates themselves, most solar installation companies offer to do so and calculate the value of the STCs into their solar quotes.

The value of these certificates fluctuates depending on supply and demand. Up until  recently, STCs had been trading at close to their maximum value of $40 for quite some time; even though there was a consistent oversupply. The oversupply has been due to a spike in uptake of small scale solar power systems (boosted further by recent electricity price increases) combined with an underestimate from the Clean Energy Regulator as to how many certificates would be created when it set STC targets for 2017.

The oversupply situation began having a significant impact in May. The situation has deteriorated further and yesterday, prices as low as $26 (ex. GST) were seen.

Quoting on solar is an easier task while STC values remain stable and any minor volatility is usually soaked up by the company providing the quote. However, this recent situation is a very different beast – the drop in STC prices is simply too much for some installers to absorb and they are finding themselves in the difficult position of having to re-quote. Even those with forward contracts will be eyeing the situation with some trepidation.

Solar quotes will often contain wording indicating the price quoted is based on a stable STC value, but while the potential for change is flagged, it still puts businesses in a very uncomfortable position when the need to do so arises.

How Low Will STC Prices Go?

Which way STC prices will go from here is difficult to determine at this point. The closing spot price yesterday from Green Energy Markets was $29.50.

As a historical point of reference, STC prices hit as low as $17.50 a few years ago when the Australian government of the time threatened to abolish the subsidy entirely, which triggered a huge rush for solar power systems that led to a major oversupply of STCs.

Given the recent volatility, solar companies stating they can only hold prices quoted for a short period may not be a dodgy sales tactic, but just the reality of the situation.

Regardless of current circumstances, solar power remains a very good investment for many Australian households.

One of the other problems with the situation is it may encourage some of the less ethical solar companies in Australia to encourage panic buying of what may be lesser quality systems and installation. It’s still very important for system buyers to do their due diligence when choosing a solar power system and installation company before signing on the dotted line – as it’s a purchase decision they’ll be living with for a very long time.

Rohan Thomas is the Director of R.T Projects and manage all major solar and electrical projects. Not only has Rohan been in the Solar Industry for over 10 years but he has managed large scale solar and electrical projects and understands the work required. Rohan is an accredited Clean Energy Council Solar Installer and Designer as well as holding a Battery Design & Install License.